The entities in food business must mark bovine meat in a process of production and in all phases of placing it into market and they must set up the identification and registration system of the data on the bovine meat in accordance with the Ordinance.

The Ordinance on Marking of Bovine Meat (Official Gazette 52/10) has entered into force on 1st May 2009, by which the Ministry of Agriculture, Fisheries and Rural Development prescribes the bovine meat marking system, and it assures traceability control, connection of carcasses, half-carcasses and quarter-carcasses or pieces of meat to a particular animal or group of animals, exceptions to certain provisions upon their marking, and the control system of bovine meat marking as well.

Entities in food business, except for the compulsory marking referred to above, can additionally mark the bovine meat voluntarily. For the voluntary marking of bovine meat, entities in food business must be approved by a competent body on the basis of submitted application, choosing an independent body for supervision of marking and attached specification for the voluntary marking of bovine meet.

At the voluntary marking of bovine meat the following data among others can be provided:

With regard to the above mentioned, EUROINSPEKT-AGROINSPEKT d.o.o. by initiated procedure of accreditation in accordance with HRN EN 45011:1998 has been granted authorization by the Ministry of Agriculture, Fisheries and Rural Development as an independent body for the supervision of voluntary system of bovine meat marking. 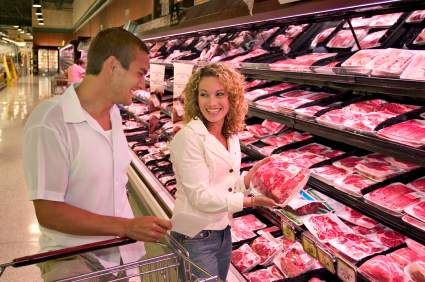